The Best Shareit Alternatives For File Sharing in India

SHAREit has been around for a long time, and many users have remained loyal to it. The app’s ease of use has helped it become a staple of many users’ mobile phones. SHAREit has many advantages. As a result, many people in India don’t bother looking for SHAREit alternatives in India. They are happy with the ease of use and don’t want to learn a new sharing app, but it has also suffered from privacy concerns. The Chinese connection was a reason for the app’s ban. In India, the app no longer works. It also began showing annoying ads, and later on, the Indian government banned the app. Let’s see what the best alternative apps for SHAREit are.

The best file transfer app is Files by Google. When an app name consists of google, it automatically builds trust in the user. Over 100cr+ downloads from the google play store speak the story for this app. How popular is this? Before transferring the data, this app encrypts it and sends it to the receiver. The transfer speed can go up to 450mbps. Currently, the app is available for Android users only.

What Are the Signs You Must Replace iPhone?

InShare is one of the most popular apps on the Android market, with more than five million downloads in less than a month. And a total of 5cr+ Downloads. It is rated 4.6 stars on Google Play and is ranked #1 in the Tools category. It also has a built-in file manager, making it ideal for sharing media files. You can transfer videos, games, images, pdf, e-books, anything. It is considered the best alternative to SHAREit.

Mx Share Karo is another SHAREit alternative; Mx media and Entertainment India develop this app. The best part is that no internet connection is required to transfer data from one device to another. this is the Indian version of share it. App has over 1cr downloads from the play store.

WhatsApp Just Made it Easier To Take Back Your Words!!

With over 1cr downloads from the google play store, this app is widely used for transferring any data from one device to another. all you need is Wi-Fi connectivity. Once the connection is established, insert 6 digit pin. Then you are good to go with the transfer. File management is required to be downloaded in case of transfer of videos.

How Can I Repair My Mobile Phone By Myself?

Feem V4 is another good alternative app for SHAREit, and This app is available for all platforms, including android, ios, mac, windows, and Linux. This app has a built-in chat feature via which links can be transferred. A total of 10lakh+ download is there on the play store. In the free version, you might face a lot of ads.

these are some popular apps that can be considered for transferring apps/images/videos/documents from one device to another. If you are having an second hand mobile phone and you want to sell old mobile phone. then cash2phone is the best option for selling old mobile phon. 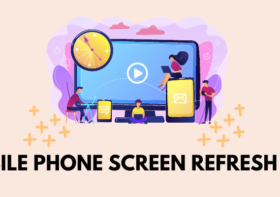 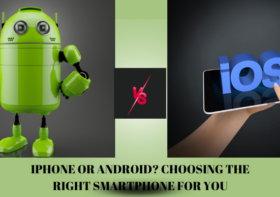 iPhone or Android? Choosing the Right smartphone for you