Have you ever wondered about the different types of mobile phone screens? Do you know what an OLED display is? How about a 720p display? The smartphone industry has made significant strides in terms of screen resolution, brightness, and size over the past few years, but it can be difficult to keep track of all the names, specifications, and technologies used to make these displays. In this article, we’ll explore some of the more common screen types in use today, from LCDs to Super AMOLEDs screens. All these terms are associated with Android smartphones. Apple is having its own screens like super Retina & super Retina XDR display.

A liquid crystal display (LCD) is a flat-panel display or other electronically modulated optical device that uses the light-modulating properties of liquid crystals. Liquid crystals do not emit light directly. They use a backlight or reflector to produce images in color or monochrome. LCDs are available to display arbitrary images (as in a general-purpose computer display) or fixed images with low information content, which can be displayed or hidden, such as preset words, digits, and 7-segment displays, as in a digital clock. They use the same basic technology, except that arbitrary images are made up of a large number of small pixels, while other displays have larger elements. Nokia 6, Xiaomi Redmi Note 5, Vivo y12s are some of the smartphones which comes with IPS-LCD display.

A LED (light emitting diode display) is a flat screen display which uses light array emitting diodes as pixels of video display. This is the extensively used display in mobile phones and other electronics equipment’s. Mobile phones with LED displays are typically lower in price than those with OLEDs. The picture quality is not as great as OLED, but it’s still pretty good. Plus, LED displays use less power, so your battery will last longer. There are two main types of LED displays: in-plane switching (IPS) and vertical alignment (VA). IPS screens have better color reproduction and viewing angles, while VA screens have better contrast ratios. In electronic industry IPS displays are used in most scenarios.

Also Read :- WhatsApp Just Made it Easier To Take Back Your Words!!

They’re used in a variety of electronic devices for providing digital displays, including cell phones, computer monitors, and television screens. OLEDs have a number of advantages over other display technologies, including their high contrast ratio, wide viewing angle, and fast response time.

AMOLED- Active Matrix Organic Light Emitting Diode display- as its name indicates, it is a type of OLED displays. In AMOLED display each pixels is consist of thin film transistors(tft) . tft main work is it allows the passage of current on very rapid rate. And enables electric current to reach on complete screen in no time. Ans with the help of TFT each pixel can get electricity very fast. AMOLED displays are usually installed on big screen mobile phones and electronics equipment’s.

Super AMOLED is the screen which is branded by Samsung smartphones. As per Samsung “In Super AMOLED screen it has a integrated touch function. Instead of layer that recognize on top of the screen. the layer is integrated into the screen. Colors are incredibly vibrant, and contrast is excellent. Blacks are truly black, and whites are bright and clean. Viewing angles are wide, and sunlight legibility is very good. Power consumption is lower than with other AMOLED screens, too.

Each display has its own benefits and drawbacks. LCD screens are typically less expensive, but they can suffer from ghosting and image retention. AMOLED screens are bright and vibrant, but they can be more expensive. Ultimately, it’s up to the individual consumer to decide which type of screen is right for them. You can sell old mobile phone online at cash2phone for best

How to Check Airtel Balance-Data-Validity 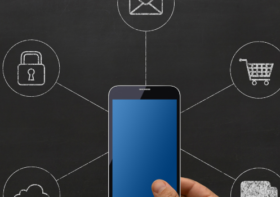 How Life Is Impacted By Mobile Phone Culture