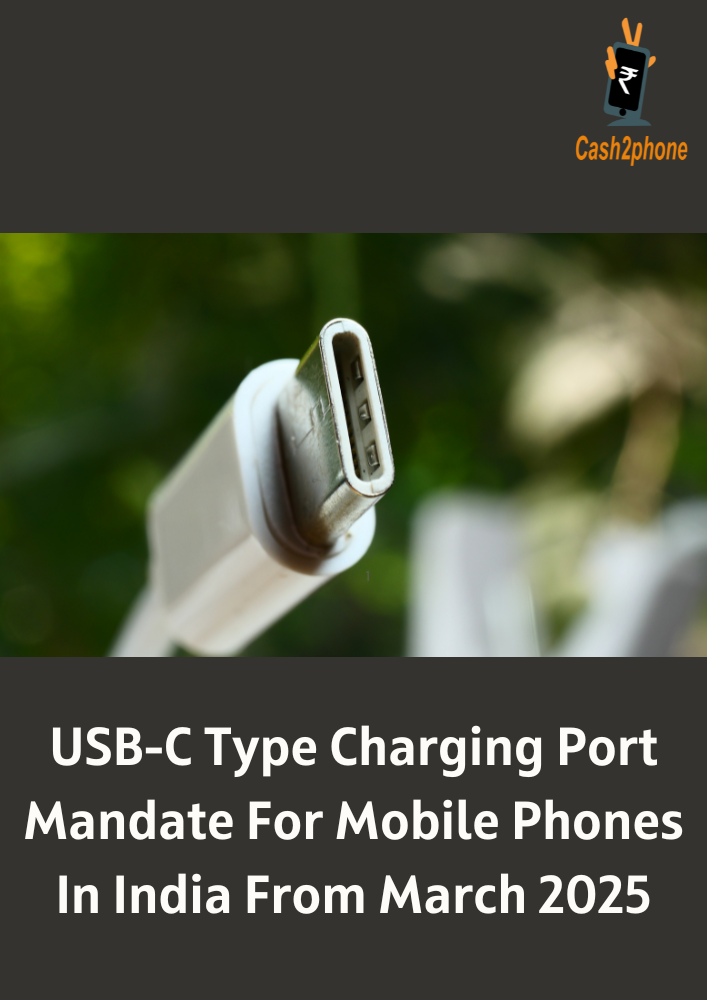 The Indian Government is planning to mandate USB-C charging ports for mobile devices starting in March 2025. This follows the European Union’s lead and aims to reduce electronic waste. To do so, the Government is working on getting manufacturers of all electronics to implement the USB-C standard, which is a cable standard that’s common throughout the world.

Why Opting For USB-C Type Charging

According to Business Standard, the plan is part of India’s larger effort to curb e-waste. Last year, the country generated 5 million tonnes of electronic trash, equivalent to ten million cars. However, the Government claims this is a small fraction of the amount of e-waste produced. It’s a goal the Government hopes to achieve through mindful use, which is why it’s promoting universal serial bus technology.

Also Check- How to Selll Old iPhone 11 For Best Price

What Are the Challenges

While the standard is a good start, it may not be enough to reduce the number of chargers in the average household. Manufacturers say that USB-C charging will gradually roll out and are not expected to comply immediately. There are some exemptions, though, including feature phones and small devices. Another main point is what apple will be doing in this scenario. Earlier it was expected that apple might roll out USB-C Type charging devices in Europe only. But after the Indian Government’s decision, One might see all apple devices launch with Type C charging ports.

The Deadline For Implementation

After speaking with industry stakeholders, the Government decided on a deadline that would allow businesses extra time to meet the requirement. By March 2025, all smartphone makers and laptop manufacturers in India must adopt USB-C. However, this isn’t an exact match to the EU’s December 2024 deadline.

The other thing India will do is make sure all the smartphones in the country adhere to the USB-C charging standard. Regarding chargers, the Government will allow a larger supply chain to accommodate more devices.

For example, the Government has consulted with the Bureau of Indian Standards, a body that sets and enforces standards for various products, including mobile devices. As a result, the agency has set quality benchmarks for chargers and smartphones and will formalize the changes in the coming months.

The plan is inThe plan aligns with the Indian Government’s mission to reduce e-waste and will come with a few exemptions. For example, feature phones and other smaller devices are unlikely to be required to use the USB-C port, but the Government will consider excluding these devices if necessary. If you are looking to sell old mobile phone for cash then cash2phone is the best website to get some extra money.