All You Need to Know About iPhone 15 Leaks 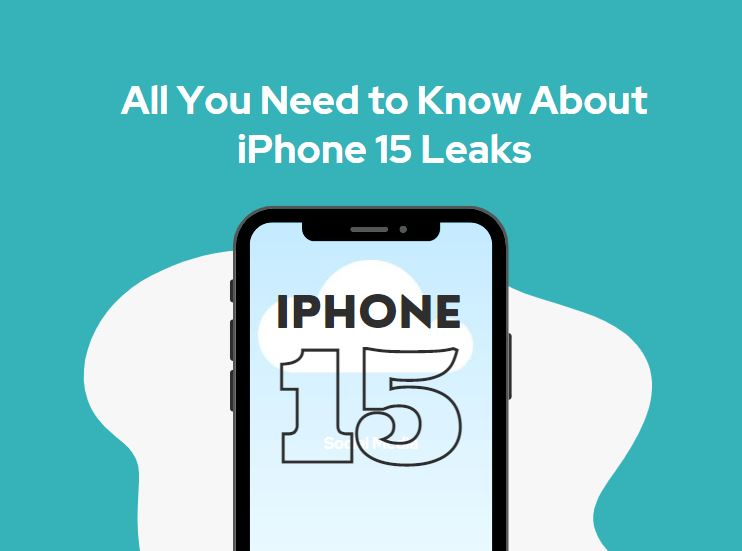 Apple iPhones are the most awaited and popular smartphones which becomes highlighted even before several months of pre-launch. iPhone 15 will be launched in Sep’2023 if we follow the trends from previous Apple iPhone launch events.

Apple’s iPhone 15 lineup is likely to have more than one new feature. In addition to the new USB-C port, it is expected to have a fingerprint scanner under the display. This technology is already available on several Android phones. It can serve as an alternative to the facial recognition system known as Face ID. However, it is important to note that Apple has yet to confirm the exact features of this new phone. Let’s discuss what are all leaks and rumors which are surfaced till now.

There are a number of rumors surrounding the new iPhone. According to reliable Apple insider Mark Gurman, Apple is sticking to its glass and metal design for the iPhone 15 series smartphones. iPhone 15 non-Pro model possibly iPhone 15 & iPhone 15 Plus will feature shiny aluminum frames, while the iPhone 15 Pro will feature stainless steel frames with a frosted finish. However, there are rumors that the iPhone 15 Pro Max will be crafted from titanium, a lighter material with excellent scratch resistance. Also, Read – Latest Leaks Reveal Samsung Galaxy S23 Camera

Several rumors have been circulating regarding the iPhone 15’s camera. Some rumors have suggested that the device could have a front-facing camera, but this is unlikely until Apple perfects its under-display Face ID system. Other sources say the new iPhone will feature an in-screen camera. Another rumor is that the iPhone 15 will come with a 12MP periscope lens. A source told Bloomberg that this feature could come with five or six optical zooms.

The iPhone 15 range will come with a number of changes, including a solid-state Touch ID system. According to analyst Ming-Chi Kuo, Apple is replacing physical buttons with solid-state ones that provide feedback through haptic motors. This new technology is called “Bongo” and will be used in future Apple iPhones. Sell iPhone Online

Apple is likely to replace the lightning port on the iPhone 15 with a USB-C connector. The USB-C ports are more efficient and faster than the previous Lightning connector. Also read- All iPhone Might Come With USB C Type Charger

Though all these are rumors and leaks. exact specifications and prices will be known once the devices got launched.